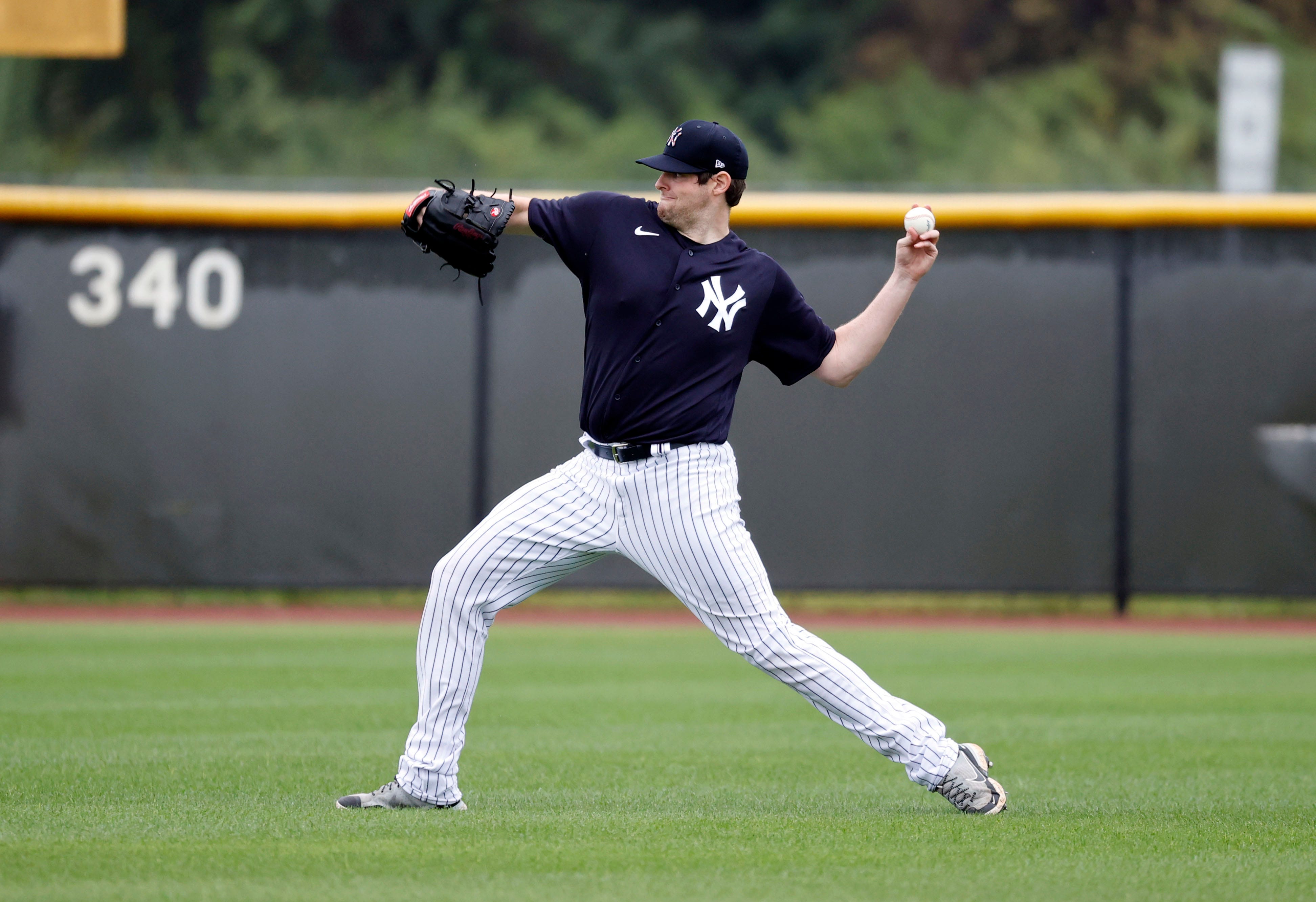 For Jordan Montgomery, mass did not result in gas in 2020.

The Yankees southpaw joined the R2C2 podcast on Thursday, and talked about last year’s weight struggles, which contributed to him feeling not quite right on the mound, and how his furious attempt to cut weight resulted in sneaking some hard-boiled eggs home to have as the next day’s breakfast.

“I came into last year’s first spring training feeling the best I ever felt off the mound,” Montgomery said. “Then quarantine happened and I went home, ate some of momma’s home cooking, and showed back up.”

Montgomery was eager to prove himself in 2020, having made just seven starts in the previous two seasons due to Tommy John surgery, but when baseball was shut down as a result of the COVID-19 pandemic, the lefty arrived at spring training 2.0 a little heavier than his weight at the first spring training, which he noticed right away.

“I was running football routes, I was doing everything I could, but man, I did not feel good,” Montgomery said. “I came [to spring training] and I did alright, I still had a good year, but I definitely wasn’t moving on the mound well. I was just too heavy.”

Mongtomery allowed 25 earned runs in 44 innings of work in 2020, good for a 5.11 ERA, and throughout the season, he continued to try and get back to the physical shape he was in back in February, though it wasn’t easy.

“They kept giving me crap,” Montgomery said of his Yankee teammates. “Gerrit [Cole] was giving me crap because I noticed it in the season, I started smuggling hard-boiled eggs from the field to eat for breakfast the next morning. I was doing everything I could. I was eating half of the food and still weighing in heavy. I was like ‘Man, well at least I know I’m trying.’”

Montgomery’s efforts paid off by the playoffs, when he turned in the most important start of the Yankees’ season by allowing one run over four innings in a game four victory to keep the Yanks alive in the ALDS. Now, heading into 2021, Montgomery feels like his old self, having shed some weight in his quest to be an impact pitcher for the Yanks’ rotation.

“Right now I finally feel more like it’s just me versus the guy [at the plate],” Montgomery said. “That’s when I’m at my best. I’m a competitor. If I’m not on the mound thinking about anything, I’m not timid, I can just come right at you.”

Montgomery’s former teammate and friend CC Sabathia found that mass equaled gas during his successful career on the mound, but it’s not for everyone, which Montgomery learned the hard way last year.

“To recognize that is a veteran move,” Sabathia said. “Because I would have just kept eating.”